FACE TO FACE WITH JESUS 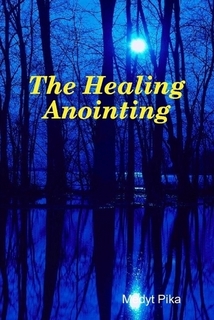 The year 2008  was an out of the ordinary year, where the Lord spoke to me in dreams and visions, even to the extreme of out of body experiences. I consecrated myself in prayer and fasting as never before, seeking God’s face concerning His people. It was a unique year marked by incredible supernatural encounters in my life.


I felt as if I had a burden on me, which in turn created compassion for the sick . Every time I was on my knees praying, I found myself crying unto God, asking Him to heal the sick. I remember even telling Him these words:  “Lord if you can take everything away from me, but one thing I am asking, do not take your favour away from me. Let me see sick people healed, the lame walk, the blind see, deaf hear, dumb speak”
On the 2nd of April 2008, around 10 am, as soon as I finished praying, I laid on my bed to rest. Suddenly I felt like somebody’s hand touched my chest. It was a massive hand that I can hardly describe, and all I can remember, is that it touched me. After touching me, my spirit came out of my body.
In the spirit realm, I saw myself standing between the room ceiling and the bed. I could see clearly my body on the bed. Moreover, I realized that the same way my body was on the bed, my spirit was in the same position in the air likewise.
I found myself standing before the Lord Jesus Christ and the glory of God filled my whole room. While my spirit was still in the air, the Lord stretched forth His right hand and touched my spirit, and suddenly I felt and saw the power of God going through my body like lightning or like the sun shining at midday. Once He removed his hand from my spirit, I heard Him saying to me: “Now, my servant shall heal the sick”.
Then He put my spirit back into my body. While He had done so, I found out that I was still on the bed. I then, jumped off of my bed. I could feel the heat, electricity power or like something was tingling in my body. I could not hold myself all day. Then, I understood the Lord gave me the gift of healing and healing mantle.
Since that day, my healing ministry began to change. Miracles, signs and wonders happen every time I preach in unprecedented way and regardless of the environment, time or circumstances. The Lord confirms His word with miracles following.
I can remember that during the same year, I received an invitation from colleagues to minister in their Church in London United Kingdom.
I remember I was supposed to preach in a seminar for month.Then I decided to ask them if it was possible for us to have a healing and miracle Service on the last day of seminar. They responded positively.
Then the healing service took place on Sunday October 26th 2008 at 4 pm. As I was ministering, I found out that a lot of people were sick  there, then I began to declare by faith: “Today every sick person in this place will be healed in Jesus` Name!”. Suddenly  i saw a young man who used to suffer from generic mental disorder coming towards me .
While I was standing there, I realized that the power of God that was in me was capable to heal him. I acted by faith and prayed over him with authority. Then he was healed. Moreover, I called every person sick people , from the Lame to the blind to come to where I was standing, then the power of God came down tangibly to heal everyone in the church.
The number of creative miracles recorded during that meeting was unprecedented.” Everyone who attended the service was healed as well as the Lost saved. Praise God!
You can live the same experience of power today, if you are willing to run with the vision of God and follow the principles elaborated in this book. God is still working the same way He used to work before. He wants to minister directly to you. Do not be afraid of the fire. He wants to reveal the mysteries of his heart to you.
Remember that He does not reveal the mysteries of His heart to everybody but to them that He finds trustworthy.

Email ThisBlogThis!Share to TwitterShare to FacebookShare to Pinterest
Divine Commission
Health is as important to man as life itself. This is because all of life`s beauty and the fulfilment of man`s dreams are lost when he`s ensnarled with sickness, disease and infirmity.
It is true, medical science, in spite of its advanced researches, exciting discoveries and cutting-edge technology, still lacks the cure for many diseases that affect people today. Many people are dying from terminal diseases and are desperately in need of help medical science can`t provide. Families have also been impoverished and stigmatized by the scourge of HIV/

AIDS, cancer, Arthritis, mental and generic disorders  and other such dread diseases. 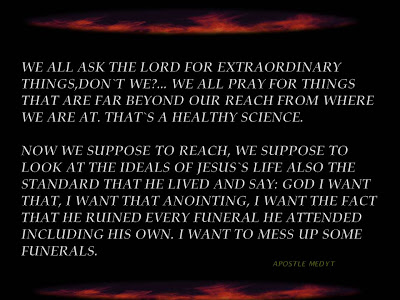 This is the reason God made divine health and healing available to man free! The solution to this grave need of man can only be divine and God has reposed it in his Church, for He instructed us to “Heal the sick, cleanse the lepers, raise the dead, cast out devils...”

(See Matthew 10:7-8).
The Gospels are replete with accounts of Jesus healing the sick, casting out devils and raising the dead (see Matthew 4:24; Mark 6:56).

That same healing power of Christ is still available in our world today and it is operational through His Church.


Jesus said: “Go ye into the entire world, and preach the gospel to all creatures. He that believeth and is baptized shall be saved: but he that believeth not shall be damned. And these signs shall follow them that believe; in my name shall they cast out devils; they shall speak with new tongues; They shall take up on serpents; and if they drink any deadly thing, it shall not hurt them; they shall lay hands on the sick, and they shall recover” (Mark 16:15—18).
"This book elaborates factors of ineffective and effective healing ministry. It`s a powerful key to unlock the supernatural realms of heavens.It`s is well researched , powerful and outstanding.
Read this book and you will be empowered to walk in the healing anointing.   "

I am extremely passionate about a billion soul harvest. I want to see the beauty of Jesus unveiled to all the nations. I believe in an outpouring of the Spirit, greater than what Joel. 2. prophesied. An outpouring, where ALL FLESH moves in dreams and visions, miracles, and prophecy. Where all of creation sings the song of redemption and becomes the man or woman they were created to be. He longs for all mankind to attain this knowledge, and anything less that to me, is not his heart.”
I can see great revival moving to Europe, Great Britain in particular . Mighty Miracles and Sings and wonders taking place in the days to come ! I see multitude of Angels being released in huge dimension. I see Fire and Glory ! Lives will be changed and restored as never before. Hearken the Voice of God all ye people ! Pray for the revival ! This is the season! This is your season !

Whatever we do or dream in life is possible when we add to it this principle.

You can’t understand righteousness without faith, just as it’s impossible for you to demonstrate the God-kind of love without faith.

Not that , It takes faith for me to organize healing and miracle services. It takes faith to lay hands on the sick and possibly believing God for a miracle for somebody else.

You see the faith way, is the only way for Christians....Your miracle depends on the state of your Faith... Now, take a step with your faith and believe God to use you in the area of healing and miracles.

These are days when we need to have our faith strengthened, when we need to know God. God has designed that the just shall live by faith. Any man can be changed by faith, no matter how he may be fettered. I know that God's word is sufficient. One word from Him can change a nation. His word is from everlasting to everlasting. It is through the entrance of this everlasting Word, this incorruptible seed, that we are born again, and come into this wonderful salvation. Man cannot live by bread alone, but must live by every word that proceedeth out of the mouth of God. This is the food of faith. "Faith cometh by hearing, and hearing by the Word of God."

We have a wonderful God, a God whose ways are past finding out, and whose grace and power are limitless.

I believe there are a great many people who would be healed, but they are harboring things in their hearts that are as a blight. Let these things go. Forgive, and the Lord will forgive you. There are many good people, people that mean well, but they have no power to do anything for God. There is just some little thing that came in their hearts years ago, and their faith has been paralyzed ever since. Bring everything to the light. God will sweep it all away if you will let Him. Let the precious blood of Christ cleanse from all sin. If you will but believe, God will meet you and bring into your lives the sunshine of His love.
The Secret Place

God has chosen every believer to be a broker of his presence and everything about us is designed to know God. Everything about us awakens to God`s presence because we`re wired to Him by the Holy Spirit. Becoming born again restores us to God`s original intent. When we`re in his presence, the impossible becomes intimated by the glory that invades our tangible realm, then we become no longer impressed by the works of the enemy.

That is why; God wants you to draw closer to Him today as never before. He wants to minister directly to you. The Secret place is where you belong. It`s a place of Fellowship with the Heavenly Father. Intimacy always brings Fruitfulness. Matthew 6:6

Trials come and trial go but it's all a part of this lifes flow. Sometimes you may feel bruised, battered and scorned, but with faith and with confidence keep moving on. At times being tired will be yourlament, just know in your heart that you cannot quit. You've come too far to turn back now, and in retrospect you don't even know how.

How you made it to this place, to this space in time, please stay focused and bear this in mind. "Some things don't come easy and sometimes not too quick, keep trusting in God because in life there's no quick fix". Keep on moving,you're closer than you think! 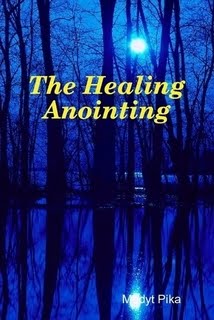